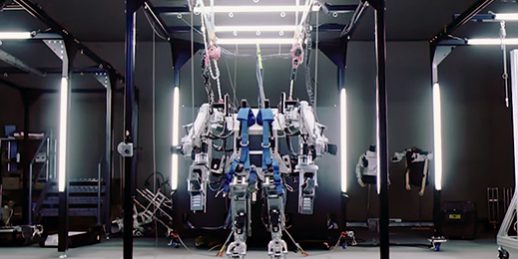 Some other companies are showing an interest in technology that can assist workers and help prevent injury. In collaboration with ergonomics researchers at the Technical University of Munich, the German carmaker BMW has given workers a custom-made, 3-D-printed orthotic device that fits over the thumb and helps them perform repetitive tasks. Another German carmaker, Audi, is testing a wearable device from a company called Noonee, which provides back support for workers who need to perform repetitive crouching motions.

Another Japanese company, Cyberdyne, already sells exoskeletons for medical and industrial use. The company’s technology, which was spun out of the University of Tsukuba, uses nerve signals to detect a wearer’s intention to move before applying assistive force. Earlier this year, Cyberdyne signed an agreement with the Japanese automation company Omron to develop assistive technology for use in factories.

US Bionics a company cofounded by Homayoon Kazerooni, a professor at the University of California, Berkeley, is also working to commercialize two exoskeletons—one for rehabilitation, which is currently being tested in Italy, and another for industrial use. These are designed to be very lightweight and conform well to a person’s normal motion. Kazerooni says the industrial model, which he demonstrated at #Harvard University’s #Wyss Institute last month, will be significantly lighter, cheaper, and more flexible. “The key is not just what the exoskeleton does in terms of lessening the load,” he says. “It’s also about preventing maneuvers the user could do without the device.” 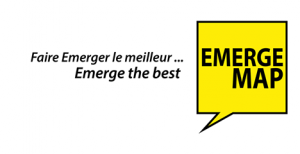